I used to blog on another platform. Check out what I shared in earlier years here.
You can add the HTML for the World Map here too.

Hello, welcome back to my blog/welcome to my blog! This is one of my extension tasks for last week. I finished it but the screenshot took time to upload. This tasks was about drawing what Mt Wellington looked way before now. This is what I think. The first screenshot is my drawing and the second screenshot is what it looks like now. It probably has huts, marae, and lots of waka. I hope you have enjoyed this post. Please leave a positive comment on my blog. 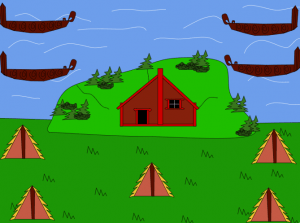 Hello, welcome back to my blog/welcome to my blog! This is another one of my maths tasks for this week. After completing the polygons task we did a create task. I had to make my favourite animal out of shapes/polygons. Can you guess what the animal is? I hope you have enjoyed this post. Please leave a positive comment on my blog. 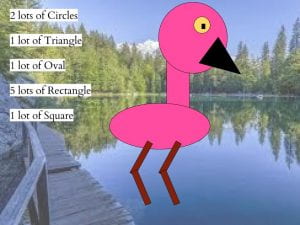 Hello, welcome back to my blog/welcome to my blog! Today we had our first new rotation, cooking!

Our new teacher is Miss H. In cooking we made smoothies. We sliced and diced our apples, sliced our bananas, rinse our spinach, poured milk and yogurt, and then blended it!  I worked with Aye. At the end we washed our dishes and added whipped cream to the smoothie. Thank you Miss H!

Before the lesson started Mr Daniels came to give me my packet of jelly snakes. I came top of the CTRL class (with Roman,). Thank you Mr Daniels! 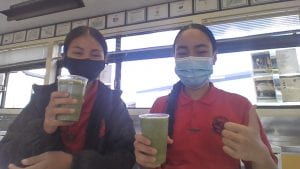 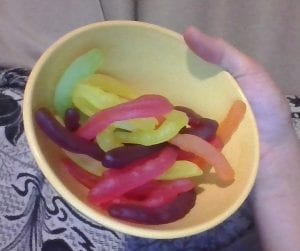 Hello, welcome back to my blog/welcome to my blog! This is my FIOP. This is a maths site work task from last week. It was based on classifying quadrilaterals. This was quite hard but I’m glad I finished it and learnt some new quadrilaterals. I hope you have enjoyed this post. Please leave a positive comment on my blog. 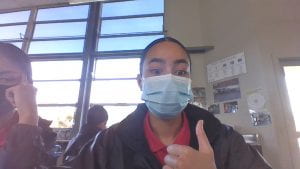 Hello, welcome back to my blog/welcome to my blog! Last week Tuesday I had my last CTRL class. We’ve been learning during Covid 19/google meets and we met in person a couple weeks ago.

This lesson we’ve been using Tinkcard. We usually expand our drive and gmail. We do a little game where we do who emails Mr D first. I won on Tuesday (yay!). We also open our screen dump file and electric files. We looked at our object/simulation that we’ve been working on a couple of weeks ago. We coded a simulation to display the three primary colours. When we finished that we then coded it to display the secondary colours. I completed both tasks and had a lot of fun during CTRL. At the end of the lesson (and during the middle of the lesson) he gave us jelly snakes which were yum. Thank you Mr Daniels!

I enjoyed my CTRL class, on google meets and in person. I had quite a lot of fun and learnt new interesting things.

Hello, welcome back to my blog/welcome to my blog! This is a maths site work task for this week. This task was based on classifying polygons. I found this task quite tricky but as I thought more into this task and worked through it, it got easy and fun to do. I hope you have enjoyed this post. Please leave a positive comment on my blog.

“Wow, this view is beautiful,” Noah said. Allison agreed. They both gazed at the sun shining big and bright and the clouds fogging everywhere. There was also this big mountain across in the background. Noah was a photographer, taking photos of Allison, Allison was a professional tightrope walker. Allison was soon going to retire from tightrope walking and wanted to capture this last beautiful moment.

All she could really think about is how this is her last time tightroping and how much time she is wasting with the photographer. Thinking that the photographer was inpatient just stood there and gazed at the sunrise. She was confused but wanted to get herself back on her feet. She quickly wiped her tears and began to walk.

She felt quite steady as she took quite a few steps onto the tightrope. She continued to walk towards the other side, again she started to tear up and get emotional. As she cried she lost her balance and tried to gain it back again. She wobbled and shook but then finally gained it. She froze and wondered if Noah was there to see or even help. As she turned her head she slipped off the rope.

Allison screamed off the top of her lungs “NOAH HELP!”. She tried to grab hold of the rope but she was too late. Noah was too late. Down, down, and down she went. Her screaming was an echo down the cliff. The fall was so long she wondered if it would end. Eventually it did and thought she was DEAD!

She opened her eyes and skipped around the area yelling “I’M ALIVE, I’M ALIVE!”. But she then froze and thought to herself, if I slipped  off the rope, where am I? She searched and pondered the place. There was this soft ground with luminescent and big trees with crystals hanging from it. The mysterious place was quite beautiful but not where she was supposed to be. No one was there to be seen but she wasn’t totally sure. Again she thought to herself, how will I get out of here? Will this be home?

TASK DESCRIPTION: Hello, welcome back to my blog/welcome to my blog! This was my writing task for the week. This task was a free writing activity. I wrote about a tightrope walker who is soon retiring. I hope you have enjoyed this post. Please leave a positive comment on my blog.

Kingdom Avalor is a wonderful kingdom. King Edward and his wife Queen Esther rule and take over the kingdom. The people love and admire them. King Edward and Queen Esther have three children, Prince Ethan, Princess Emily, and lastly Princess Elena. Prince Ethan is the oldest and takes care of the family, Princess Emily is the most beautiful and preciseed child, and here we have Princess Elena. Elena is a beautiful, smart, and adventurous princess.

“Elena, I told you to do your chores!” The Queen said. Elena was quite hesitant and shocked but she knew she had to do it sometime, someday. Elena got up and started picking up her clothes and books. Her mother apologised and said “I apologise, it’s just that-” and then Elena cut her off and said “It’s okay mother. I understand”. Her mother exited the room trusting that Elena would listen to her and clean her room. She never really acts like this, even her mum, but little did she know that Elena had somewhere to go to.

Elena quietly and gracefully jumped on her zip line and swung herself over the castle gates. She did feel quite guilty for not listening to her mother. She would never do something like this but she had a very important meeting, or place to go to. Elena strolled through the narrow path with big trees and bushes on each side of it. From a stroll to a run, she finally reached the place she was looking for. It was a cave with large crystals and stones. She called “Ogre, Elena is here!”.

Ogre replied “Yes, yes, yes, I’M COMING!”. Elena wanted Ogre to hurry because she had chores to do and she wasn’t allowed with Ogre. It was just a thing that her family or the kingdom didn’t like or want. Ogre came back saying “sorry I was making toad soap, you want some?” Elena replied “No thank you”. Elena reminded Ogre about how he wanted Elena to meet him here. He felt quite uneasy when he began to talk, “Something accidental and terrible occurred in the cave. A curse!”.

Elena wasn’t so sure about this so laughed and asked “What? A curse?” and Ogre said “Yes. A Curse” with a very stern and strong voice. Elen froze and started fiddling with her fingers. She wondered and thought, a curse? Under who and what? So she asked and he said “Under Kingdom Avalor”.

Elena gasped and fell backwards because of how shocked she was. Ogre quickly picked her up and checked with her if she was alright, she was. Ogre told her that this curse would cause all first born children to sadly pass. Of all families in Kingdom Avalor. Elena questioned him and asked “How do we stop this?” and he said “And that’s where you come in. You need to find a cure or a way to end this curse.”. Without any hesitation she stood up and thanked the ogre. She ran out of the cave and onto the path. She knew if she told her mother or father about this, they would be furious because she didn’t clean her room and she met with an ogre. Will she tell or do this adventure herself?

TASK DESCRIPTION: Hello, welcome back to my blog/welcome to my blog! This is one of my writing tasks for this week. Our literacy teacher gave us an idea on what to write on. I wrote about a princess and ogre. The story is about an ogre who accidentally cursed the kingdom so the princess has to save the kingdom. I hope you have enjoyed this post. Please leave a positive comment on my blog. 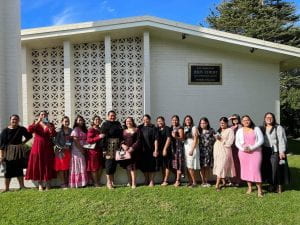 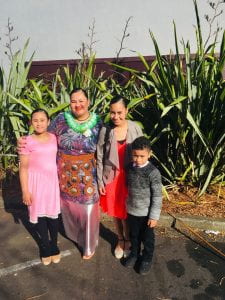 Hello, welcome back to my blog/welcome to my blog! As you all know, yesterday was Mothers Day. I’d like to say “Happy Mothers Day!” to all the mums out there.

On Sunday (yesterday) we went to church and it was also mothers day. Towards the end of the sacrament the mothers stood and sang together. In class we made goodie bags for our mums. I made a card and goodie bag for my mum. After church we took photos and had a good feed at our own homes.

Hello, welcome back to my blog/welcome to my blog! This week for cybersmart we learnt about how to share information. We can share certain information such as hobbies or favourite food but we can’t share information like passwords and email addresses. I’ve learnt quite a lot of things about sharing information with the public or keeping it private. I hope you have enjoyed this post. Please leave a positive comment on my blog.