Hello blog viewers/welcome to my blog! This is my writing task for this week. We wrote about a certain picture, used the narrative structure and used some keywords. I hope you have enjoyed this post. Please leave a positive comment on my blog. 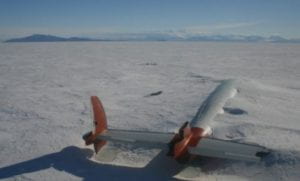 Writing: Startled, he thinks it’s a dream. Martin wakes up not knowing what has happened and where he is? The last thing he remembers is eating his plate of bacon and eggs in business class on the Emirates boeing 737.

He glanced through the area, still thinking it was a dream. He felt unsteady as he stood up, soon he collapsed. While searching for the exit he fell and crawled towards where he thought was the exit. He saw a pillar of light and moved closer to it. Still curious of where he was he fell out of the open hole.

“AAAHHHH!” and “OOF” he hit the floor. He was unconscious, dizzy and fainted. He was about to ask “Pinch m-” but just noticed he was the only one there. Chills went down his spine as he took a few steps in the area. The place humongous and the plane was iced over, lips turned purple and his head felt very light. Help was needed.

Wishing that a miracle or something could save him. He looked back at where he fell and thought maybe he could see if there was anything in the crashed plane that could help him. He noticed something in the snow, is was the thing glowing piece of liquid, it was luminescent?! But who was this from? He used the last of his strength to follow the trail of luminescent.

To be honest he thought the luminescent looked quite interesting and colourful. As continued to follow the trail he noticed that the trial was leading him towards the inside of the plane. In the distance there was more luminescent but he also saw something unearthly but incredible, looked like a creature. He tried to speed his walk a bit but tried not to scare it. “Wow” he thought. Never has he seen something that looked like… that (but in a good way of course)!

He walked towards the creature. The creature did noticed he was walking to him, the creature was petrified and froze. He wanted to let the creature know that he was friendly and just wanted to meet him. He wondered if this was that cause of the plane crash? He was quite lazy and didn’t care, his whole focus was on the creature.